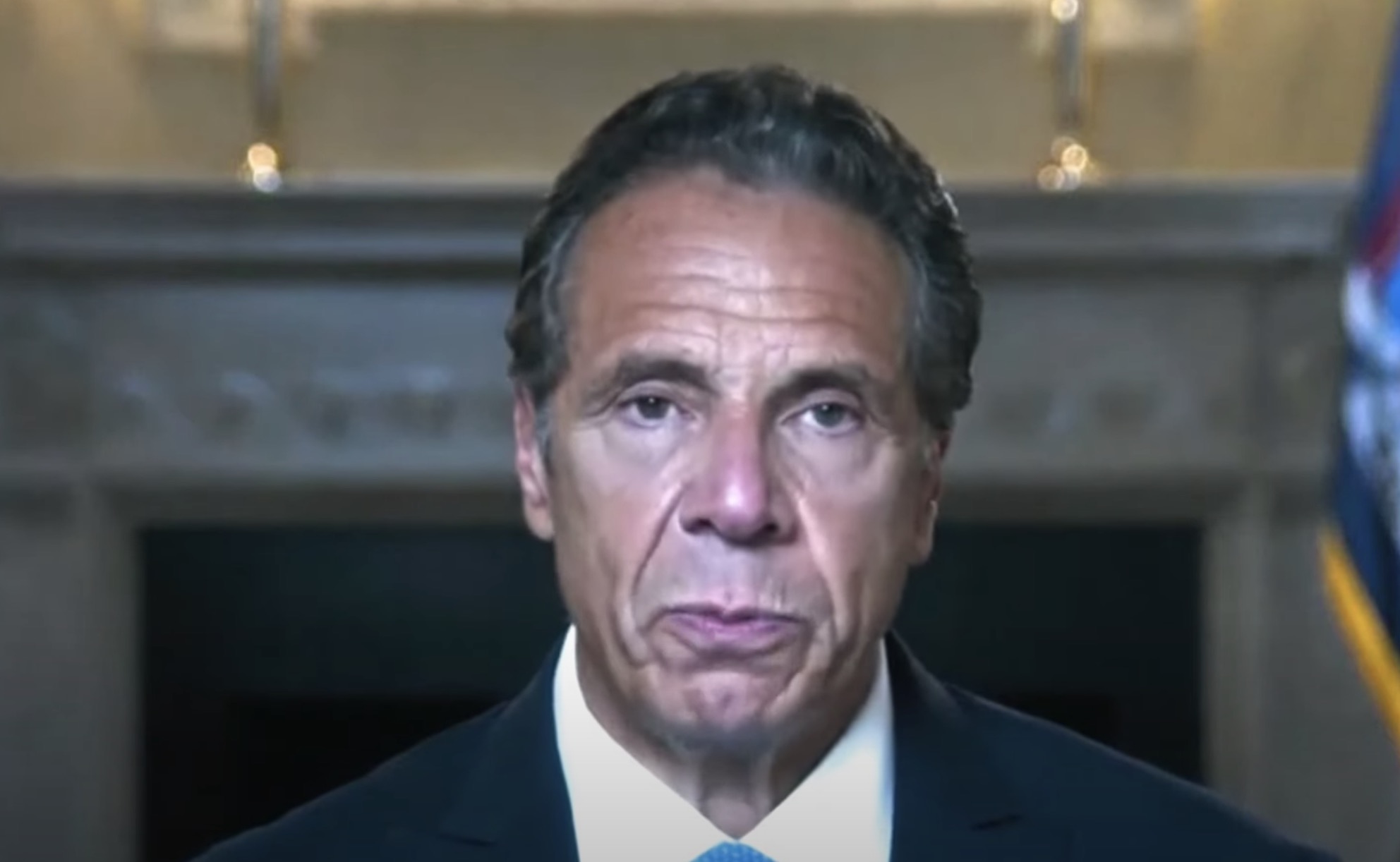 Andrew Cuomo’s life has taken a major downward spiral, as he rightly deserves.

With fewer and fewer friends, Cuomo is now powerless.

The sexual predator’s failed leadership proved to be deadly in New York during the coronavirus pandemic.

Not only is Cuomo kicked out of office, now he’s having an Emmy Award stripped from him.

The International Academy of Television Arts & Sciences announced its decision to revoke its award given to an individual who “crosses cultural boundaries to touch our common humanity.”

The statement reads: “The International Academy announced today that in light of the New York Attorney General’s report, and Andrew Cuomo’s subsequent resignation as Governor, it is rescinding his special 2020 International Emmy Award. His name and any reference to his receiving the award will be eliminated from International Academy materials going forward.”

As Townhall notes, the Academy revoked the award because of Cuomo’s resignation following the AG’s report confirming his rampant sexual harassment.

However, the award should also be revoked because of his decisions that led to the senseless deaths of thousands of his constituents. The Acadmey failed to mentioned this point.

It still boggles the mind that Cuomo would win an Emmy for his Wuhan coronavirus briefings as he mismanaged the pandemic’s outbreak in his state with deadly consequences — among the worst in the country — for New Yorkers, especially those in nursing homes and assisted living facilities.

In November of 2020 when it awarded an Emmy to Cuomo, the International Academy explained the honor was in “recognition of his leadership during the Covid-19 pandemic and his masterful use of television to inform and calm people around the world.”

Masterful is certainly not the word most New Yorkers would use to describe Cuomo’s handling of COVID, but the Emmys didn’t seem to notice that the man they watched on TV was just a shiny veneer hiding a dark soul:

“The Governor’s 111 daily briefings worked so well because he effectively created television shows, with characters, plot lines, and stories of success and failure,” said International Academy President & CEO, Bruce L. Paisner. “People around the world tuned in to find out what was going on, and New York tough became a symbol of the determination to fight back.”

The fact that @andrewcuomo got an Emmy and then it was taken away is just a great ending to a story.

An independent investigation finds that Gov. Andrew Cuomo is a sexual predator who has sexually harrassed current and former staff members beginning in 2013 through 2020.

Despite calls from President Joe Biden to step down, Cuomo initially refused. Cuomo used a horrible response to very serious allegations of at least 11 corroborated accounts of sexual harassment.

His excuse? Cuomo says he simply does it with everyone. “I do it with everyone,” he said. “Black and white. Young and old. Straight and LGBTQ. Powerful people, friends, strangers, people who I meet on the street.”

Democrat Lt. Gov. Kathy Hochul will serve the rest of his term. She is New York’s first female governor.

63-year-old Cuomo would be facing impeachment proceedings since he continued to insist that he did nothing wrong.

These alleged crimes committed by Cuomo violate both state and federal law. The attorney general’s probe included interviews with 179 people.

Over the past year, many Democrats and self-described “Me Too” supporters failed to publicly criticize Cuomo and call for an investigation. This helped protect his ability to abuse power and seek further opportunities to sexually harass women.

James said, “This is a sad day for New York because independent investigators have concluded that Governor Cuomo sexually harassed multiple women and, in doing so, broke the law.”