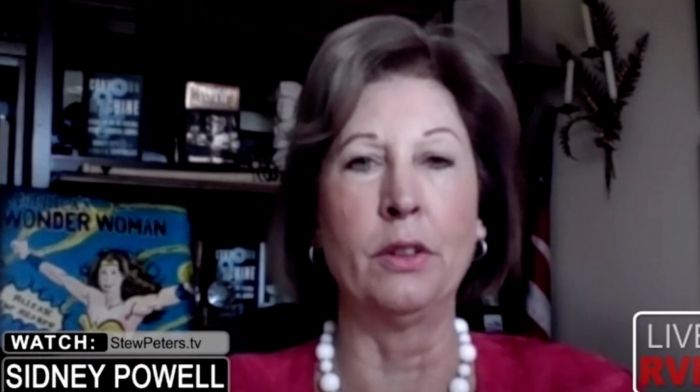 Sidney Powell appeared on The Stew Peters Show with a bombshell

Sidney Powell, the former advisor to Donald Trump’s legal team, has spent the past year in a bitter legal battle with Dominion Voting Systems, which is suing her for $1.3 billion. Today, Powell sat down with our very own Stew Peters to discuss the new filing she’s just issued in this case.

Powell began by clearing up that her legal war with Dominion has nothing to do the Capitol riot that took place on January 6, explaining that “in fact, the activities at the Capitol that day by the crowd, actually delayed our ability to file our 12th amendment case.”

“But I wanted to make it very clear publicly that we had nothing to do with that event at all, and abhor any sort of violence and never encouraged violence,” she continued. “In fact, I specifically encouraged everyone to stay away from the Capitol that day, because I smelled a huge setup. And that’s exactly what it was, as more and more evidence has come out that the FBI played a major role in that.”

Powell went on to explain the latest in her fight against Dominion in court.

“We’ve been collecting additional evidence that…Dominion did exactly what we said they did. They have the patents to watch the election, to alter votes in real-time,” she explained. “We’re putting the patents up on our website, and they can do everything thing we said they can do: they can flip votes in batches through the adjudication process, they can run an algorithm, they can do everything that we have said they could do from day one. And there’s every reason to believe they did it,  all the math lines up with it all the time series data lines up with it.”