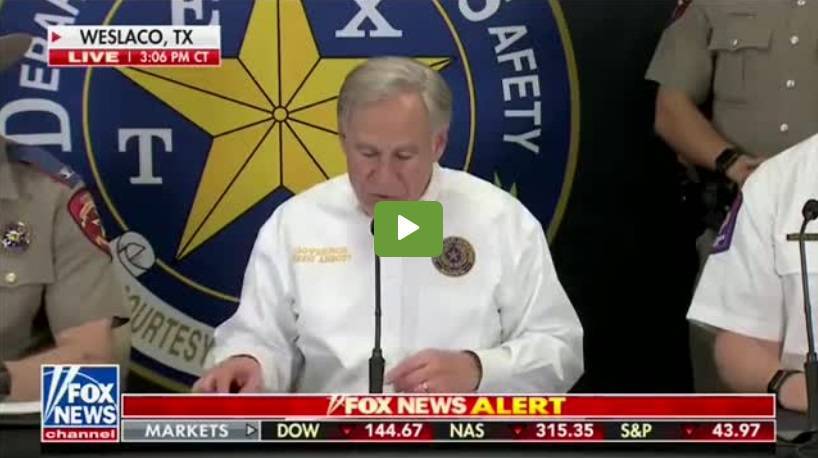 “The Biden Administration will be able to more immediately address the needs of the people that they’re allowing to come across our border.”

Why advertise it? Just do it the way the “Feds” do it. In the Dead of the night;

Drive them all to loser Joey’s neighborhood;

Send them to every Democrat and Rhino that voted for this s***. There’s enough to send busloads to each one of them to their homes;

Re-election talking points. Abbott is always advertising his “proposed “ actions to get votes. He has been advertising lowering Texas property taxes for years with no results !;

Attempting to lay this ALL on Abbott is just lame! When comparing Florida & Texas, there must be allowances made. The legislatures are constituted differently, the TxAG Paxton has already had to battle in court with the Tx Court of Appeals over the (lack of) prosecution of voter fraud cases by DEMONrat DA’s/Prosecutors. Florida DOESN’T shares a border with a foreign country like Texas & shares a past history with it as well as many family ties. Yes, Abbott HAS failed at some things legislatively, yet to expect a perfect record from him & forget that ALL legislative activity is about “give & take” is to show rank ignorance about the form of government we have!;

Better late than never, whatever his motives are at least we can start doing something instead of just crying about it and watching from afar?;

Allen B. West was served in Texas during the pandemic and did NOTHING. Crickets from EVERY office in Texas about the crimes against humanity. And crickets from him about the border;

Send them to Martha’s Vineyard to Obama’s mansion. He didn’t build that (Home) so he can house many illegals: Viewers’ Comments.