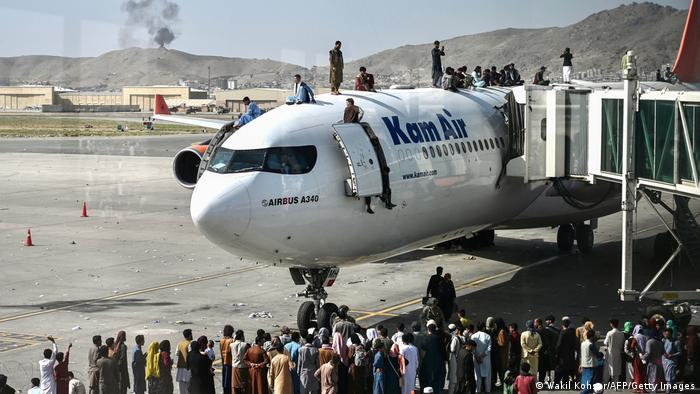 Petraeus told “America’s Newsroom” on Tuesday the Trump administration’s February 2020 agreement with the Taliban was “disastrous and flawed,” but the Biden administration had a chance to fix it before proceeding with a withdrawal of American forces.

The former commander of U.S. forces in Afghanistan pointed out the Biden administration quickly overturned “innumerable” policy decisions by the Trump administration, including leaving the Iran nuclear deal and Trump’s withdrawal from the W.H.O.

“The fact is that I think there were alternatives as we look at what is clearly a heartbreaking, tragic, I don’t know how you can describe it as anything other than a disastrous outcome in this case,” Petraeus told hosts Dana Perino and Bill Hemmer.

“Certainly, there is a lot of blame to go around,” he added, later calling it a “Dunkirk moment” in reference to the retreat by British and French forces during World War II.

“We are responsible for a good bit of this, if not all of it, frankly. And we need to do everything humanly possible to get all of our American citizens out of Afghanistan,” said Petraeus, stressing the need to also evacuate Afghans who served as interpreters alongside American troops through the years.

President Biden appeared to go back on his campaign promise to “take responsibility” as commander-in-chief and not “blame others” during his speech on the botched withdrawal from Afghanistan that has seen the Taliban swiftly retake control of the country – and outcome Biden previously claimed was “highly unlikely.

Biden on Monday suggested that the withdrawal debacle was the result of the peace deal he “inherited” from former President Donald Trump and claimed his only options were between “escalating the conflict and sending thousands of American troops back into Afghanistan.”

“I stand squarely behind my decision. After 20 years, I learned the hard way that there was never a good time to withdraw U.S. forces,” Biden said. “That’s why we’re still there.”

Biden also pointed fingers at the Afghan army for lacking “the will to fight” for their future. And he said the slow-moving pace of evacuating the U.S.’s Afghan allies was in part because “some of the Afghans did not want to leave earlier — still hopeful for their country.”

The comments contrast with then-candidate Biden’s promise to do his “job and take responsibility” for his actions.

“It’s hard to believe this has to be said, but unlike this president, I’ll do my job and take responsibility,” Biden wrote in June 2020. “I won’t blame others. And I’ll never forget that the job isn’t about me — it’s about you.”

Petraeus said casting blame on Afghan soldiers was “uncharitable” because they fought “very, very hard over the years.”

“Our concerns over those years were that they were taking such high casualties that they could not sustain that and maintain their own strength and let’s keep in mind that we have not lost a single soldier in battle since February 2020,” he said.