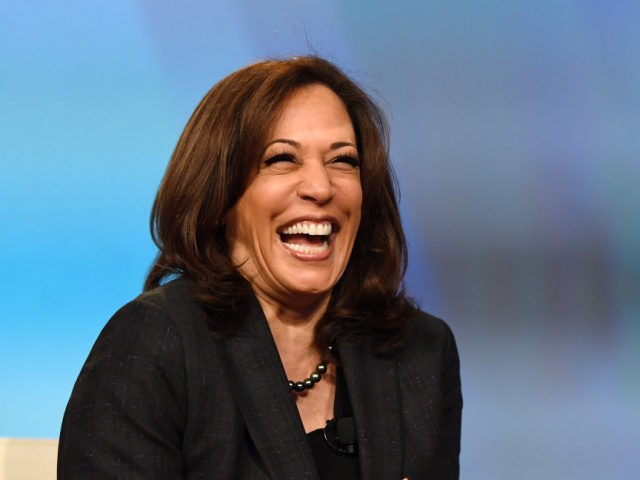 A report reveals dysfunction and dissatisfaction within Vice President Kamala Harris’ office, as anonymous complaints detail what it’s really like to work for her.
“People are thrown under the bus from the very top, there are short fuses and it’s an abusive environment,” a person with “direct knowledge” of the activities in the office told Politico.

The outlet spoke with 22 current and former vice presidential aides, administration officials. Associates of Harris and Biden spoke about the climate within the vice president’s office.
“It’s not a healthy environment and people often feel mistreated,” Politico’s source added. “It’s not a place where people feel supported but a place where people feel treated like shit.”
Harris’ spokesperson Symone Sanders defended the climate in the office in a series of on the record statements.

“We are not making rainbows and bunnies all day. What I hear is that people have hard jobs and I’m like ‘welcome to the club,’” Sanders said.
Two top advance staffers, Karly Satkowiak and Gabrielle DeFranceschi left the office after just six months, the outlet noted, unusually early departures for staffers working at the White House.
They left the team the day before Harris visited the Southern border, after the vice president received a flood of criticism for downplaying the importance of such a visit.
Another staffer on Harris’ digital team also left recently.
Several critics of Harris’ office environment blame Tina Flournoy, a black operative from the Clinton-era of Washington for the dysfunction.

Sanders called Politico’s disgruntled anonymous sources as “cowards,” and defended Flournoy’s reputation for helping people of color.
“Black women like me would not have the opportunity to work in politics without Tina,” she said.
One source told Politico that it was impossible Harris was not aware of the problems.
“She is the most perceptive person on the planet,” the person said. “She might not have first-hand knowledge, but it’s hard to imagine she doesn’t have a sense of what’s going on.”
Sanders dismissed the complaints and the recent controversies that threatened Harris.
“Vice President Harris is focused on the work, not the chatter at the water cooler,” Sanders said.