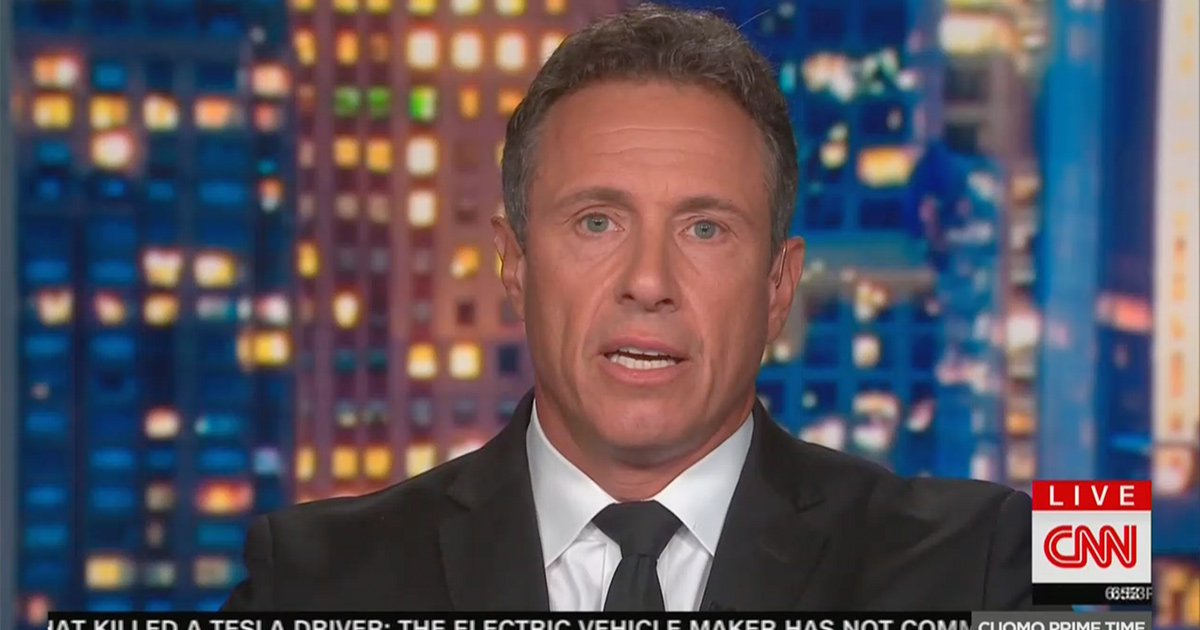 Ross, under whom Cuomo worked while at ABC News, claimed that the CNN anchor grabbed her butt while at a bar in New York City’s Upper West Side.

“I was at the party with my husband, who sat behind me on an ottoman sipping his Diet Coke as I spoke with work friends,” she wrote. “When Mr. Cuomo entered the Upper West Side bar, he walked toward me and greeted me with a strong bear hug while lowering one hand to firmly grab and squeeze the cheek of my buttock.”

She added that Cuomo, “with a cocky arrogance,” said that he could “do this now” that she was no longer his boss.

“’No you can’t,’ I said, pushing him off me at the chest while stepping back, revealing my husband, who had seen the entire episode at close range,” she added. “We quickly left.”

Ross included an email Cuomo sent following the incident, in which he told her that he was “ashamed” of his actions.

“Now that I think of it … I am ashamed,” read the subject line of Cuomo’s email to Ross, which went on to say:

“Though my hearty greeting was a function of being glad to see you … Christian Slater got arrested for a (kind of) similar act (though borne of an alleged negative intent, unlike my own) … and as a husband, I can empathize with not liking to see my wife patted as such … so pass along my apology to your very good and noble husband … and I apologize to you as well, for even putting you in such a position … next time, I will remember the lesson, no matter how happy I am to see you …”

In an effort to explain why Cuomo mentioned Slater’s similar behavior and subsequent arrest, Ross noted that Slater was “arrested after a woman reported that he had grabbed her buttocks as she walked down the street.”

“Mr. Cuomo, a former lawyer, appeared to use his short apology to legally differentiate the two incidents,” she wrote. “He suggested Mr. Slater had ‘negative intent’ while he, Mr. Cuomo, did not. He seemed to have a keen understanding of what accountability might look like back then; today we have no clear idea if either he or CNN is interested in accountability.”

Ross questioned if Cuomo was ashamed of his actions, or if he was just embarrassed that her husband had seen him touch her, noting that Cuomo had apologized to her husband before her.

“I have no grudge against Mr. Cuomo; I’m not looking for him to lose his job,” she wrote. “Rather, this is an opportunity for him and his employer to show what accountability can look like in the #MeToo era. Accountability has been the cornerstone of the #MeToo movement, leading to tangible results and even justice, consequences for harassers and the possibility of real change.”

Ross also explained that she has learned both how the CNN anchor communicates while on air, as well as “how he behaved behind the scenes.”

She went on to identify two moments that she found “crystallized” how Cuomo typically performs.

The first was when he announced that he would no longer be covering or interviewing his brother former New York Governor Andrew Cuomo (D) amid his own sexual harassment scandal, and the second when he was spotted in the Hamptons wearing a shirt with the word “Truth.”

“For me, his statement of profound concern about sexual harassment and his ‘Truth’ T-shirt were provocations in this era of personal accountability,” she wrote.

Ross later clarified that she never viewed his behavior as “sexual in nature,” and is not asking for him to be fired from CNN or to become the “next causality.”

“I would, however, like to see him journalistically repent: agree on air to study the impact of sexism, harassment and gender bias in the workplace, including his own, and then report on it,” she wrote. “He could host a series of live town hall meetings, with documentary footage, produced by women with expert consultants. Call it “The Continuing Education of Chris Cuomo” and make this a watershed moment instead of another stain on the career of one more powerful male news anchor.”

Cuomo confirmed the incident in a comment to the Times on Thursday night, stating, “As Shelley acknowledges, our interaction was not sexual in nature. It happened 16 years ago in a public setting when she was a top executive at ABC. I apologized to her then, and I meant it.”