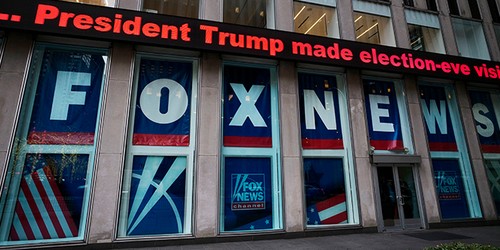 Fox News CEO Suzanne Scott announced in a company-wide memo on Sunday the network helped evacuate Afghans who have worked with them over the years so Fox News could cover the war in Afghanistan.

Those evacuated included three Afghan nationals who served as freelance associates, an Afghan colleague from a regional media company, and their families, totaling 24 people.

“These associates include consultants who served as local producers, translators, drivers, and security guards, supporting our correspondents throughout FOX’s coverage of the war in Afghanistan for nearly two decades, Scott wrote. “We are extremely proud to have assisted in this critical mission bringing them safely in Doha where the Qataris have been aiding in several evacuations, and are grateful to Fox Corp for all their of their assistance.”

The mad scramble continues for Americans and Afghans to attempt to get into Hamid Karzai International Airport to be taken out of the country, which has proven to be a dangerous and sometimes deadly challenge since the Taliban have surrounded the airport and have been preventing people from going inside.

Source sends me another disturbing video of violence and chaos outside the Kabul airport
The video was today, approx 1200-1300 Kabul time, and immediately outside airport at the north gate, per source of video. pic.twitter.com/Nres2uEcyq — Alex Thompson (@AlexThomp)

President Joe Biden said the hope is to not extend the August 31 deadline for withdrawing all U.S. forces from Afghanistan, but the government wants to ensure all Americans who want to leave have the opportunity to do so. The Taliban in return have said American forces staying past August 31 is unacceptable.