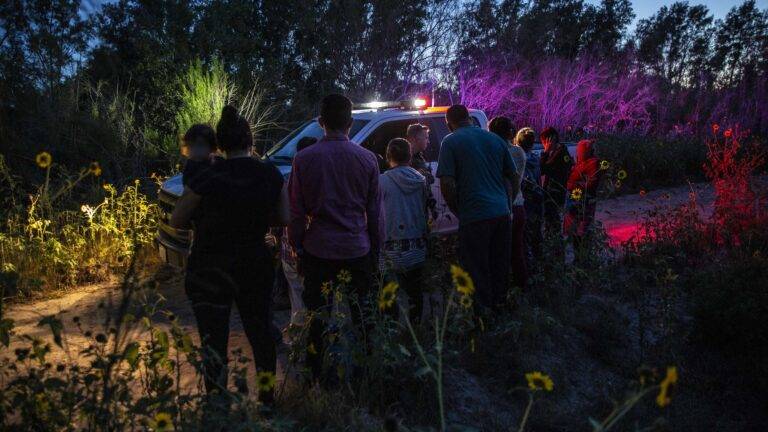 Just six months into fiscal year 2022, which began in October, border agents will log at least 1 million encounters with illegal aliens at the U.S.-Mexico border.

“Probably in the next two or three days we’ll get over a million encounters or apprehensions along the southwest border,” Border Patrol Chief Raul Ortiz confessed on Tuesday.

The historically high number, which outpaces the populations of six U.S. states, comes just weeks before peak migration months begin and even more illegal border crossers from more than 157 countries are expected to enter the U.S. unlawfully.

Just last month, U.S. Customs and Border Protection reported 164,973 encounters with illegal aliens. Of these February encounters, more than 75 percent, 126,151, were single adults. With more than 100,000 illegal migrants caught trespassing in the U.S. each month, border agents are expected to exceed 2 million apprehensions total in the 2022 fiscal year after hitting roughly 1.7 million in FY2021.

Despite the ongoing challenges at the border including record-high numbers of encounters, Border Patrol understaffing, and a looming migrant surge, the Biden administration is expected to exacerbate the crisis (which was caused by his open border policies) further by eliminating the Title 42 protections enacted by President Donald Trump to limit unlawful migration during Covid-19.

The Department of Homeland Security has reportedly asked the Pentagon for assistance in handling the crisis and even requested volunteers but Homeland Security Secretary Alejandro Mayorkas hinted that the administration expects the policy to be abandoned in the coming weeks.

The White House has repeatedly tried to deflect blame for the growing crisis by claiming that most migrants who illegally cross the border are expelled under Title 42 but already, the Biden administration has directed agencies such as ICE, which arrested and deported fewer people in the 2021 fiscal year than in prior years, to throw fewer and fewer illegal crossers out of the country.

Approximately 66 percent of the single adults encountered by CBP in February were removed under Title 42, but that number is down significantly from the 90 percent of single adults who were expelled in February of 2021 after getting caught trying to cross the border illegally.

The corporate media is reporting that the Biden administration is ramping up for the migration influx expected in the next few weeks but under the president’s increasingly lax border security policies, the crisis is only expected to intensify.