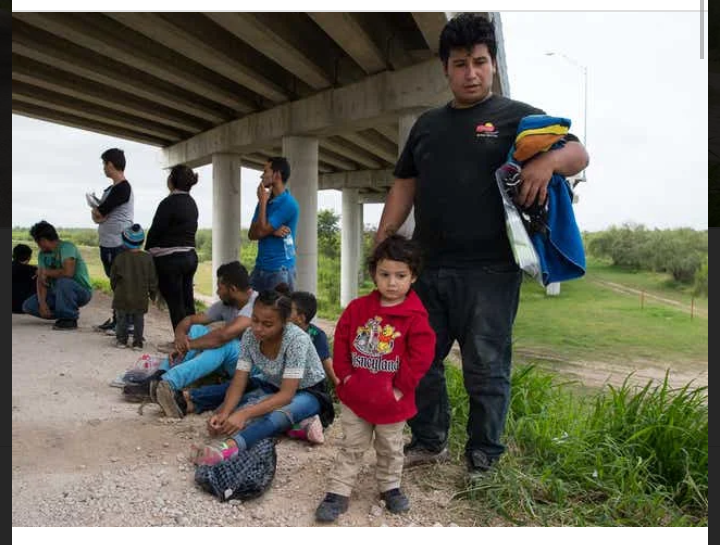 The immigrants were handed down to the Catholic Charities of The Rio Grande Valley. They put them up in a hotel that they had entirely rented out, La Joya police officials reported.

A concerned citizen on Monday reported to a police officer that she saw a family group, coughing and sneezing without covering their mouths and were not on nose masks, consequently, the situation came to light.

The officer went to the family and enquired about them. They told him that they had been apprehended by Border Patrol agents just days ago but were released because they had coronavirus.

The authorities later learned that the family was being housed at the Texas Inn Hotel. And the hotel had been entirely booked to house such immigrants.

“The information we have is that everybody that is staying in that hotel is COVID-19 positive,” La Joya Sgt. Manuel Casas said.

Later on, Officers witnessed a group of 20 to 30 persons staying outside of the hotel. Most of them did not have masks on.

After some finding, they also learned that the illegal immigrants being detained by Border Patrol were taken to the charity to be placed in hotels in the McAllen area. This is in addition to La Joya.

“We have been doing well as a community in slowing the spread of this deadly virus. But ill-conceived policies by both the federal and state governments are beginning to have serious consequences on Hildago County. I call on federal immigration officials to stop releasing infected migrants into our community,” Richard Cortez, the county judge, delivered in a statement.

In this article:Featured, Immigrants, NEWS, Politics