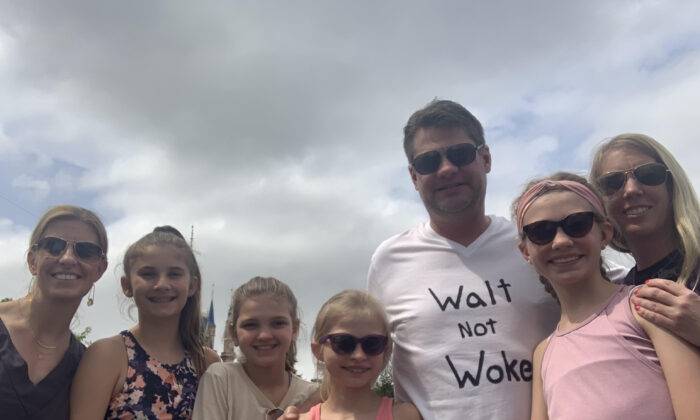 In an effort to “honestly and respectfully” express how he feels about what is going on with the Disney company’s management, one dad’s hand-made T-shirt caused quite a stir at “the happiest place on earth.”

Dan Geffers has been taking his daughters Lila and Bryn to Disney for years. Over those years he has noticed the subtle changes the company has been making regarding causes they support and the policies they are implementing at their parks. But the things that have developed lately in the ongoing effort by Disney’s management to protest the passing of legislation meant to protect children “was the last straw.”

Geffers said they had already purchased Disney tickets for himself, his wife, and their two daughters to go spend two days at two different parks at Disney in Orlando, Florida. Going with them were a friend of their daughter’s, Halle Nebl, as well as Michelle Depa and her daughter Allison Stromske. But two days after they bought the tickets, they saw on the news how Disney Parks’ diversity and inclusion manager, Vivian Ware, announced the company has “removed all of the gendered greetings” like “ladies and gentlemen, boys and girls.” Disney Television Animation executive producer Latoya Raveneau also boasted in an internal meeting about how she is inserting the “not-at-all-secret gay agenda” into children’s programming and “adding queerness” wherever she can. The news came out after Disney CEO Bob Chapek and the rest of the Disney corporation had already launched into a battle with Florida Gov. Ron DeSantis over the Parental Rights in Education legislation he signed into law.

“That was it for me,” Geffers told The Epoch Times. “I didn’t want to go anymore. So, I made calls to see about getting a refund on my tickets.”

Unfortunately, Geffers said the effort went nowhere. Two separate calls put him on hold for at least 20 minutes each time. He finally gave up, and the seven of them just decided to go. After all, seven tickets for a two-day trip to two parks had already cost them over $2,000. It would have been a tremendous waste.

Then they got an idea. It involved “a plain white T-shirt and a couple of sharpies.”

Handmade T-shirt by dad, Dan Geffers, and worn to Disney’s Magic Kingdom and Hollywood Studios in Orlando, Florida as a way to share his thoughts about the direction the company had decided to go in.

On the back, Geffers wrote “Hello Boys and Girls, Ladies and Gentlemen.” On the front, he wrote, “Walt Not Woke.” While he wasn’t sure how people were going to respond, Geffers said he needed to do something to express how he felt about what was going on at “the happiest place on earth.”

On the first day, Geffers and the rest of his entourage went to Disney’s Magic Kingdom. According to Geffers, they hadn’t even gotten into the park before he noticed people pointing, whispering, smiling, and making comments. “Walt Not Woke” seemed to be the favorite.

Dan Geffers poses for a photo with daughters Lila (Left, aged 13) and Bryn (age 11, on the right) in front of Cinderella’s Castle at Disney’s Magic Kingdom in Orlando, Florida, wearing a handmade T-shirt to express his feelings on the direction the company has decided to go in.

“I was very surprised,” Geffers said, recalling how even the employees who were directing guests toward the entrance were commenting, saying: “Nice T-shirt,” and “I like your shirt.” When they got inside and proceeded toward the gate for admission, more employees made comments on how they liked the shirt. “It was nice to hear,” he said.

“Once inside the park and throughout the day, many people came up and wanted to take a picture with him, saying ‘I have to send this to my husband, he didn’t want me to come today’ or “I’m going to send this to my buddy, he’s going to get a kick out of this.’ Some people would just tap me on the shoulder and say, ‘Hey, thanks for wearing that shirt’ or ‘I like your shirt.’ He even made sure to get a picture of himself in the T-shirt with his daughters.

What really surprised Geffers was when he went to one of the concession stands to get some ice cream bars and popcorn for his girls.

“I handed her the money to pay for it and she said, ‘It’s on Mickey. I like your shirt,’ and I was like—okay.”

On the second day, Geffers and the gang went to Hollywood Studios. His T-shirt drew a lot of attention there as well. He would see people walking by, snapping pictures, and tapping friends and family members on the shoulder to point and smile. More notable, Geffers said did not notice or hear any negative comments. Neither did his daughters or the other people in the group.

Michelle Depa and her daughter Allison often go to Disney with the Geffers. But this time, things were very different.

“We were watching the news and we saw how Disney wasn’t allowing its workers to greet people with ‘hello boys and girls, ladies and gentlemen,’ and we just started talking about that,” Depa recalled for The Epoch Times. “That’s when Dan suggested T-shirts.”

They discussed different ideas of what to put on the T-shirts and eventually decided it would be more effective to simply use Disney’s own words to make their point. While the initial plan was to have all seven of them wear a T-shirt, the decision was made that it might be best if only Dan made the fashion statement.

“I thought it was a great idea,” Deppa conceded. “We had already purchased the tickets and knew we couldn’t get our money [back], but we still had a hard time with some of the stances Disney has decided to take. So, we felt this was a way to make our voices heard. I think they’ve completely overstepped their bounds. It’s really sad and hypocritical of them to eliminate being able to use ‘Hello boys and girls and ladies and gentlemen’ when the majority of us still refer to ourselves as that, especially after they founded their successful business based on families like ours who relish those values.”

As people would walk by, Depa said she watched as people pointed and smiled at Geffers in his T-shirt. She heard them saying things like, “Cool shirt!” and “Love the shirt!” Several people came up and asked to take pictures with him. One man even came up to commiserate with Dan, asking, “Can you believe all of this stuff?” Depa said she also saw the Disney cast member who told Dan his popcorn and ice cream bars were “on Mickey.” She also heard the cast member tell Geffers “there may still be hope for Disney.”

“It was just kind of interesting,” Geffers confessed. “It was really nice to know there’s this unhappy silent majority in the happiest place on earth that are not liking what’s going on with the Disney company. At first, when things like this come up, you feel like you’re the only one because nobody else is speaking up. I realize people are scared and it takes a lot of guts and courage to make a statement on how you feel and to voice your opinion, which is why most people don’t ever do that. But I’ve always been one to say what I think and to say it openly, honestly and respectfully because, otherwise, nothing ever changes.” 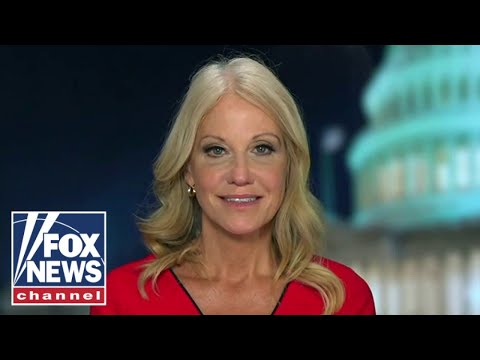